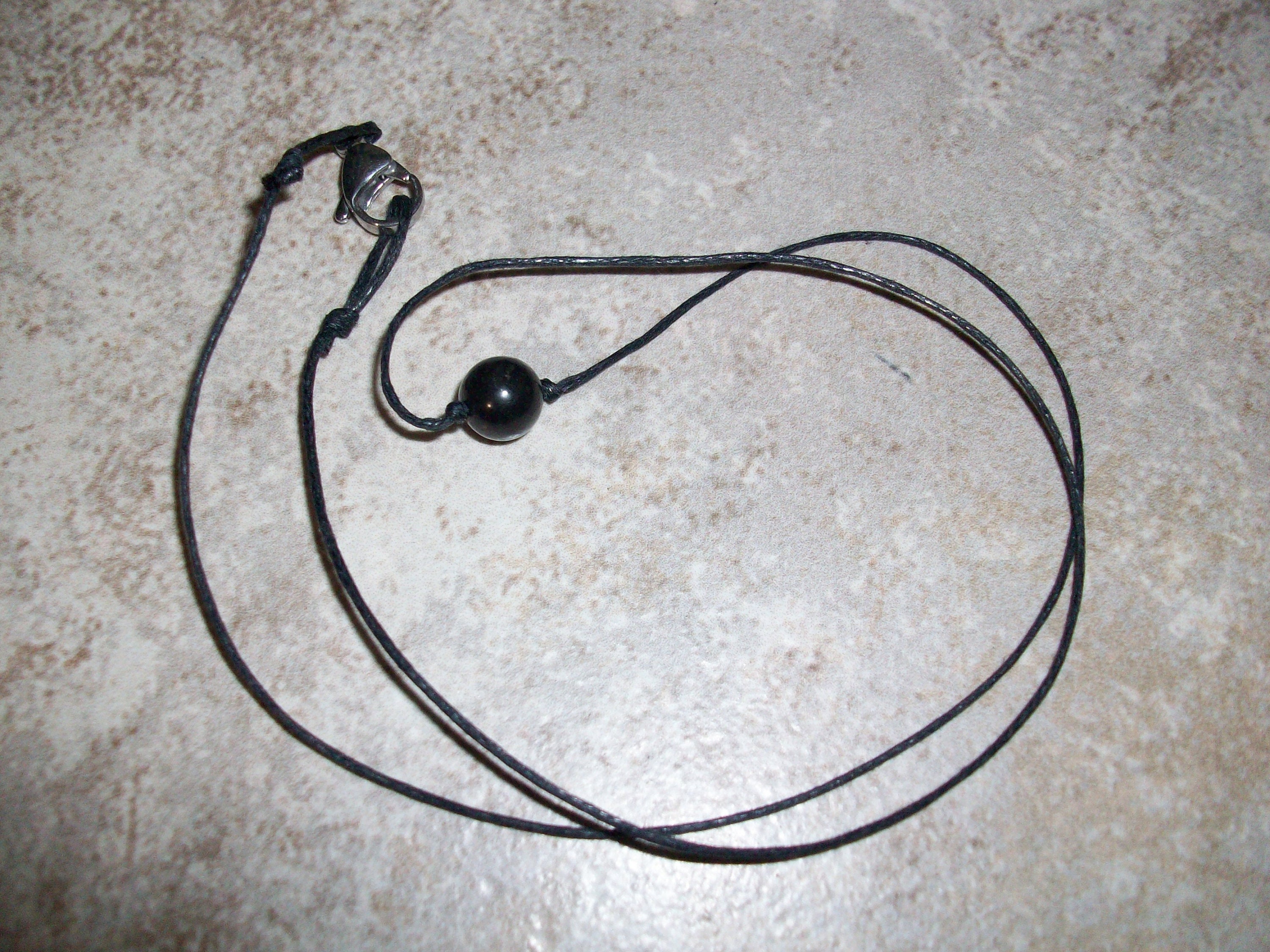 This is made with 0.5mm cord.
This Necklace is made with (1) 8mm Shungite Bead and connected with a sterling silver lobster clasp.
This price is for one necklace.

This necklace is 19 inches.