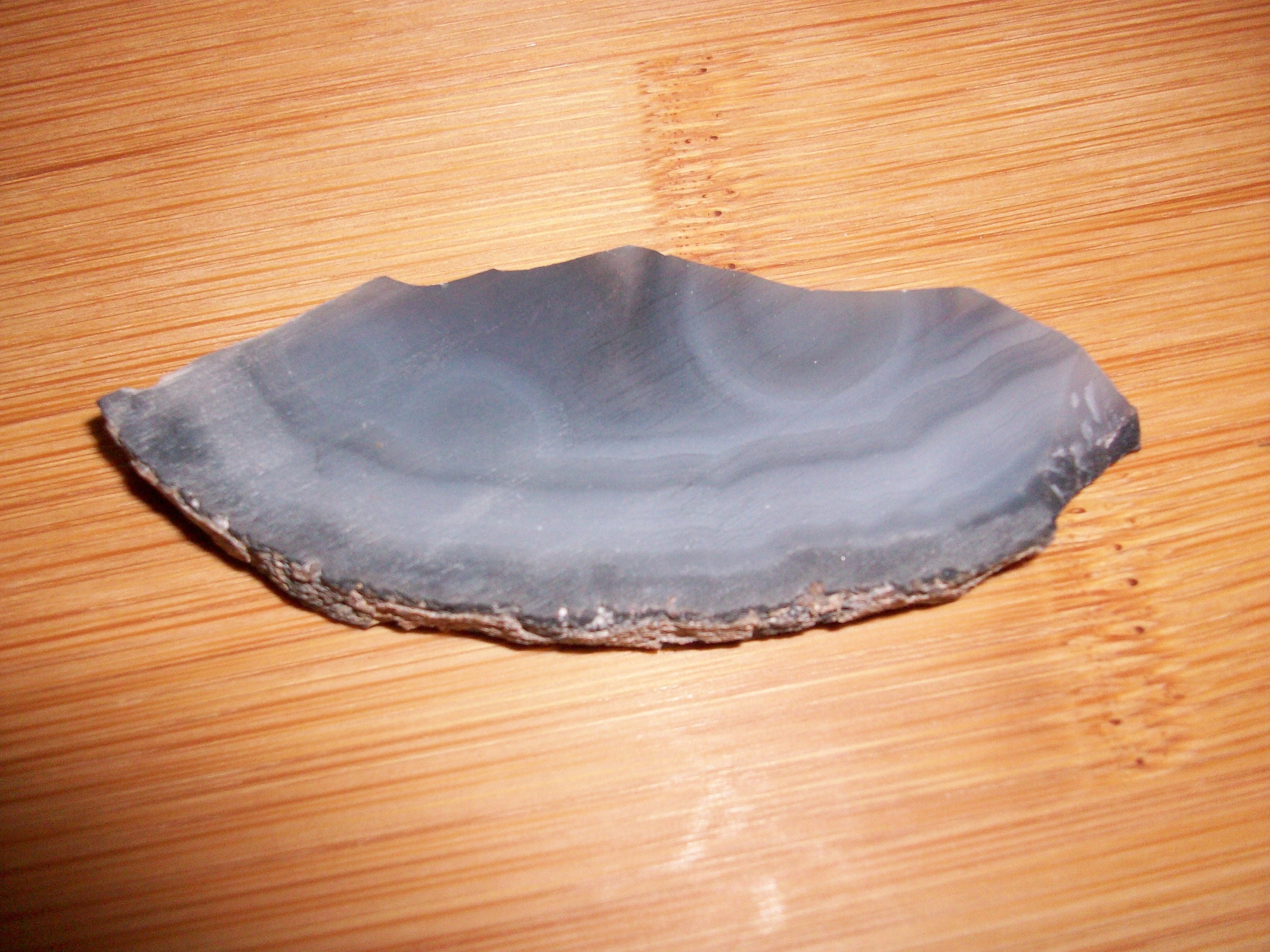 This listing is for Agate Slice # 1.

This crystal is 2 7/8 inches long.
This price is for one crystal.

Agate is a common rock formation, consisting of chalcedony and quartz as its primary components, consisting of a wide variety of colors. Agates are primarily formed within volcanic and metamorphic rocks. The ornamental use of agate dates back to Ancient Greece in assorted jewelry and in the seal stones of Greek warriors. Agate is a banded form of finely-grained, microcrystalline Quartz. The lovely color patterns and banding make this translucent gemstone very unique. Agates can have many distinctive styles and patterns, but each Agate is unique in its own habit, with no two Agates being the same.

At its core, agates are grounding stones and have a powerful connection with Mother Earth. Agates are called the earth rainbow, thanks to their unique concentric bands and patterns in nearly every color that the earth can produce. Historically speaking, agate has been discovered with artifacts from the Neolithic people. It was used as healing ornamentation and amulets dating back to Babylon’s civilization. Its medicinal uses continued through the ancient Egyptians and Greek civilization.

Agate was worn as amulets in ancient times. It is said to guard you against all dangers and allow you to vanquish earthly challenges such as lightning and high winds. Furthermore, ancient seafarers used agate crystals in amulets of protection against the fury of the surging ocean and giant waves.

Agate is said to raise your awareness and linking you into the collective consciousness of the oneness of this life. Not only that, but it also helps in encouraging quiet contemplation of your life experiences which can lead to inner stability and spiritual growth.

Moreover, this stone is said to promote maturity and composure. Its protective and warm energies can encourage self-esteem and security. Also, it helps you stop the burning desire for things that you don’t need. It assists you in juggling commitments as well as expressing ideas and innovative thoughts.

This stone can bring personal security, protection, physical endurance and strength, emotional stability and bringing creativity to your core.