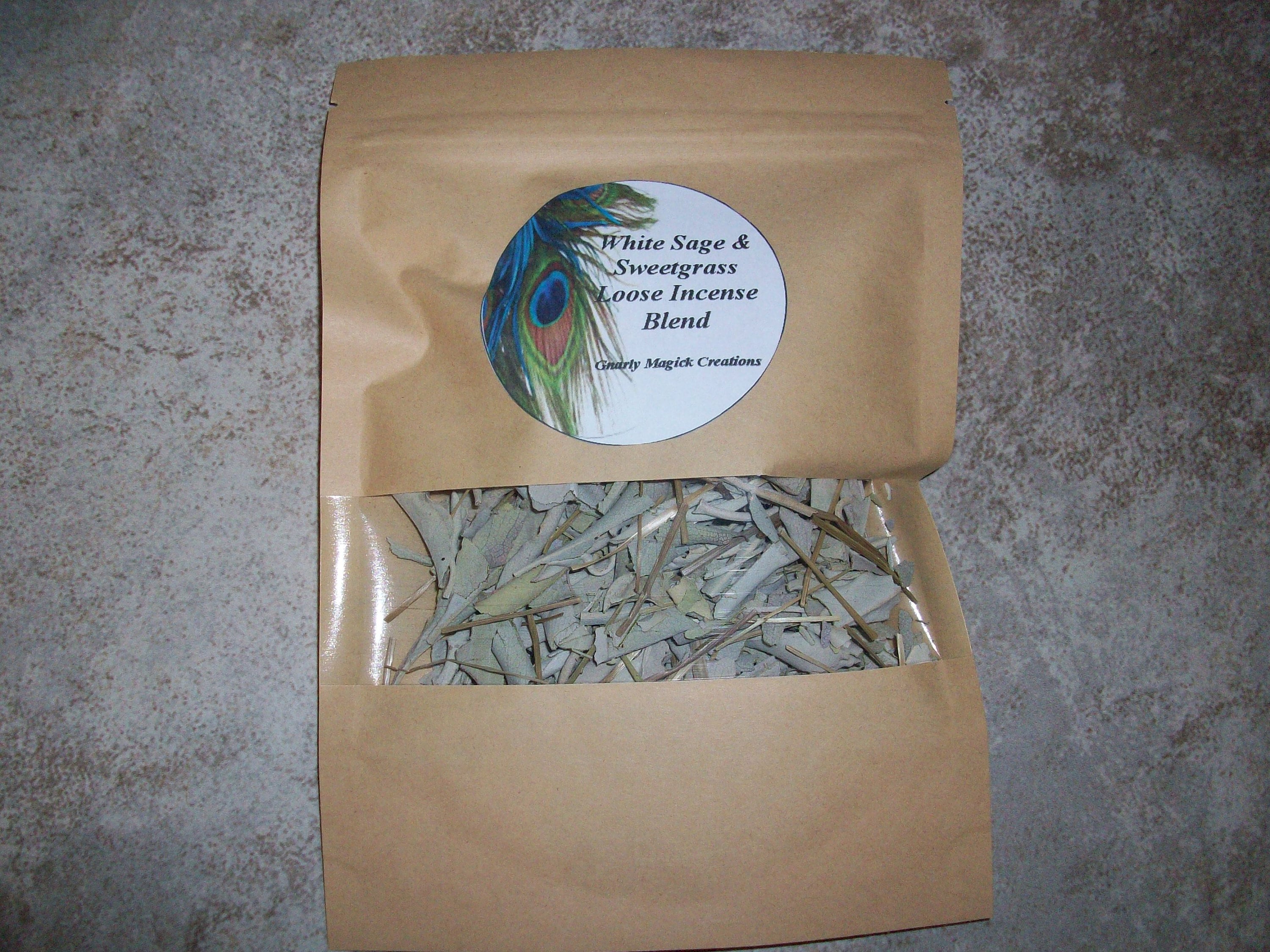 This Loose Incense is made with:

~Sweetgrass has many ceremonial uses among most Indian tribes and if often used in conjunction with sage. Its smoke is used for prayer, cleansing and as a healing agent. White Sage is first burned to drive away any negative forces, then Sweetgrass is burned to summon positive ones. It is frequently used in Sweat Lodge ceremonies.

Sweetgrass holds an energy of blessing rather than cleansing and should be used to bring in positive energy after negativity has been released, rather than on its own. It is used as a smudging tool to purify peoples auras, cleanse objects, and clear ceremonial areas or healing spaces. Sweetgrass can also be carried or worn as a protective amulet.

Sweet grass is the sacred hair of Mother Earth; its sweet aroma reminds people of the gentleness, love and kindness she has for the people; this is why Native people pick it and braid it in 3 strands representing love, kindness and honesty. Sweetgrass is used for smudging and purification of the spirit. When Sweetgrass is used in a healing or talking circles it has a calming effect and is said to attract good spirits.

Gnarly Magick Creations is not responsible for the mishandling of any of our products.

By law, I am required to say that we make no claims and sell these products only as a curio and that these products are for entertainment purposes only. By purchasing this item you are stating that you are at least 18 years of age, you are responsible for yourself all of your actions and your results. We are not responsible for the mishandling of herbs, essential oils or any other items that we sell. It is not edible and is not intended for human consumption. As incense It is meant to be burned in a fire proof container on a charcoal disc. Do not leave it unattended while it is burning.