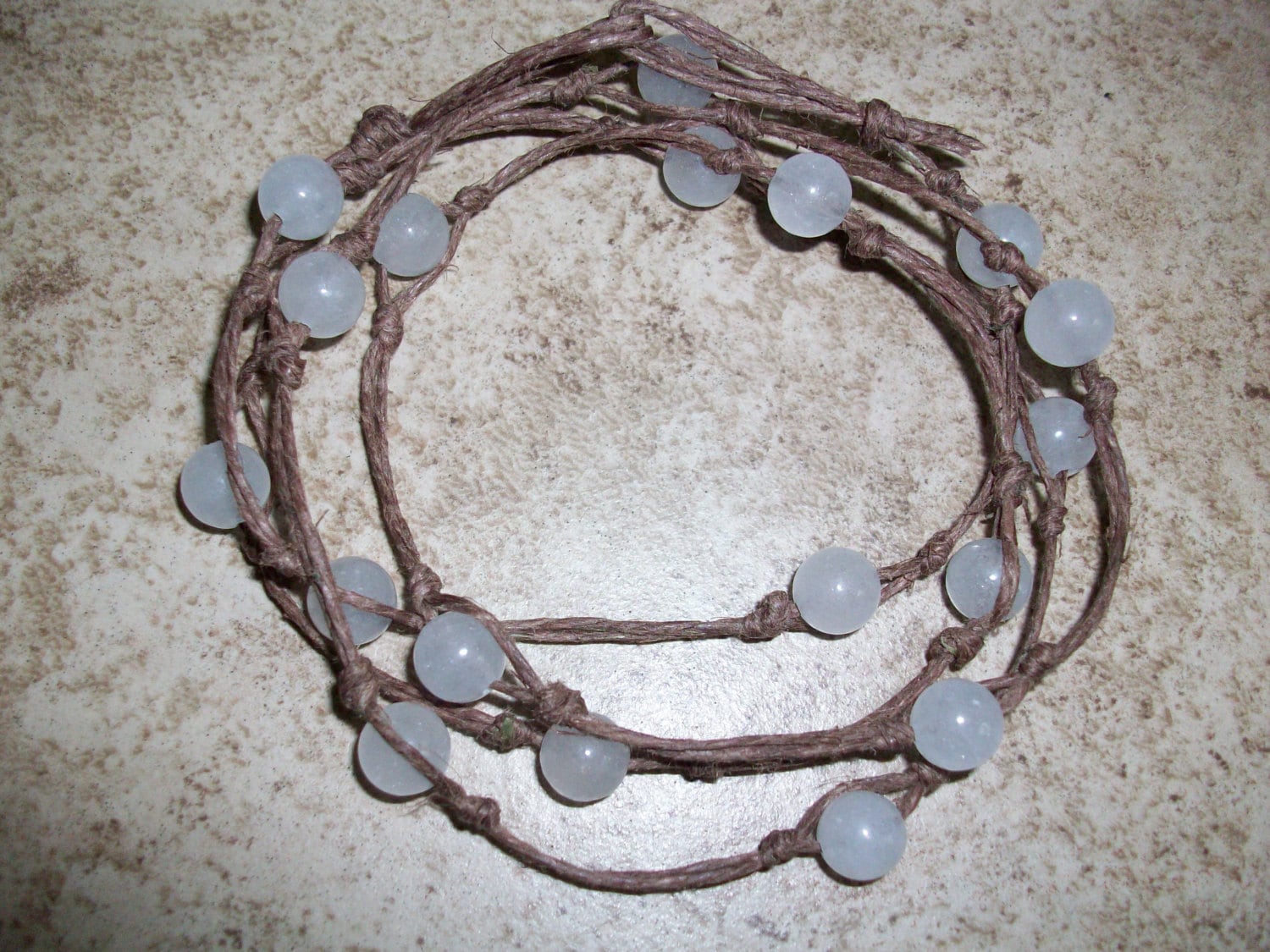 This Mala Bracelet is made with White Quartz Beads.