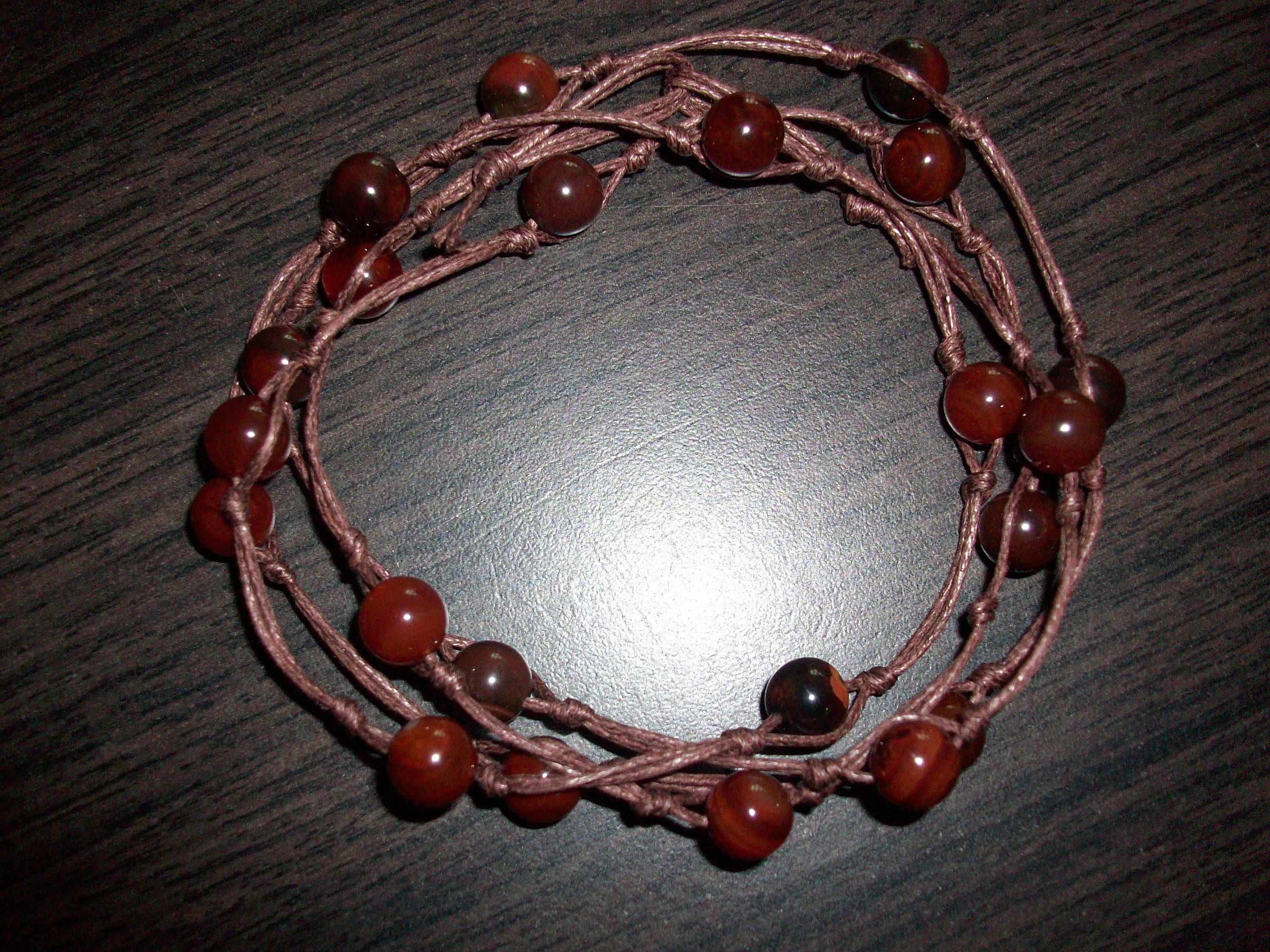 This Mala Bracelet is made with Fire Agate Beads.

~Fire Agate is linked to the element of Fire and, as such, is a very protective stone. It can give you courage and strengthen your will power, enabling you to complete those half-finished projects with gusto.

Fire Agate is a stone that enables you to feel safe and secure not just physically, but emotionally as well. This is a great stone for shy or fearful children to carry who may be bullied or harassed, giving them courage to speak up and/or stand up for themselves. Fire Agate will not tolerate slackers and will enable its user to demand higher standards from him/herself as well as others. A stone of ambition, Fire Agate can be used to achieve higher goals, especially if you are trying to push a new proposal or product.

Exactly what we were hoping for!

Beautiful mala. I am head over heel