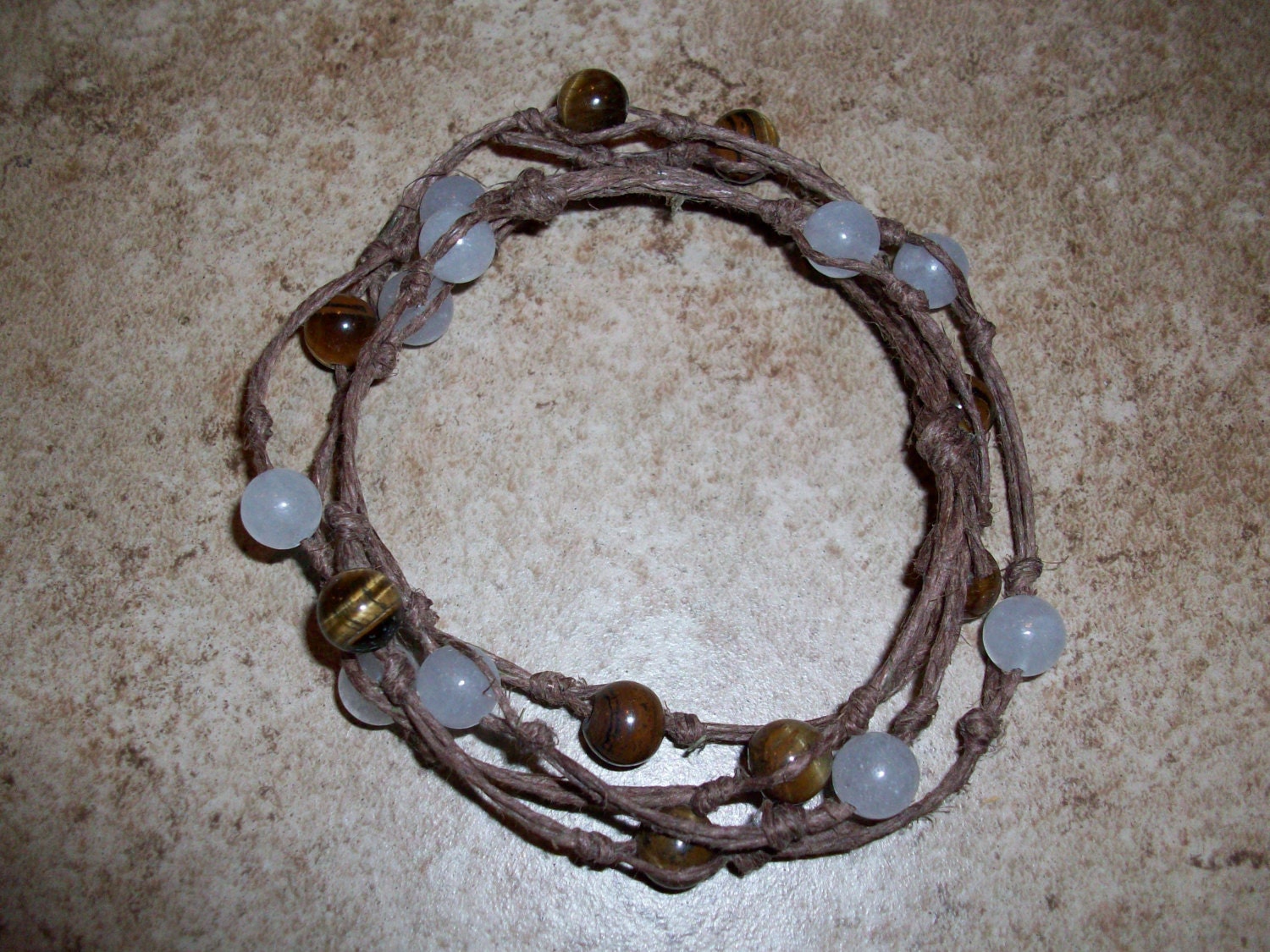 This Mala Bracelet is made with White Quartz and Tiger's Eye Beads.

~Tiger's Eye is a stone of protection that is also very stabilizing and grounding. It enhances integrity, willpower, self-confidence, practicality and correct use of power. It is a stone that enhances good luck, and brings prosperity, often in the form of money. Tiger's eye is also a very protective stone which is especially protective during travel. It can also help one see clearly without illusion. Tiger's eye brings a special boost to the solar plexus chakra and to one's personal power.