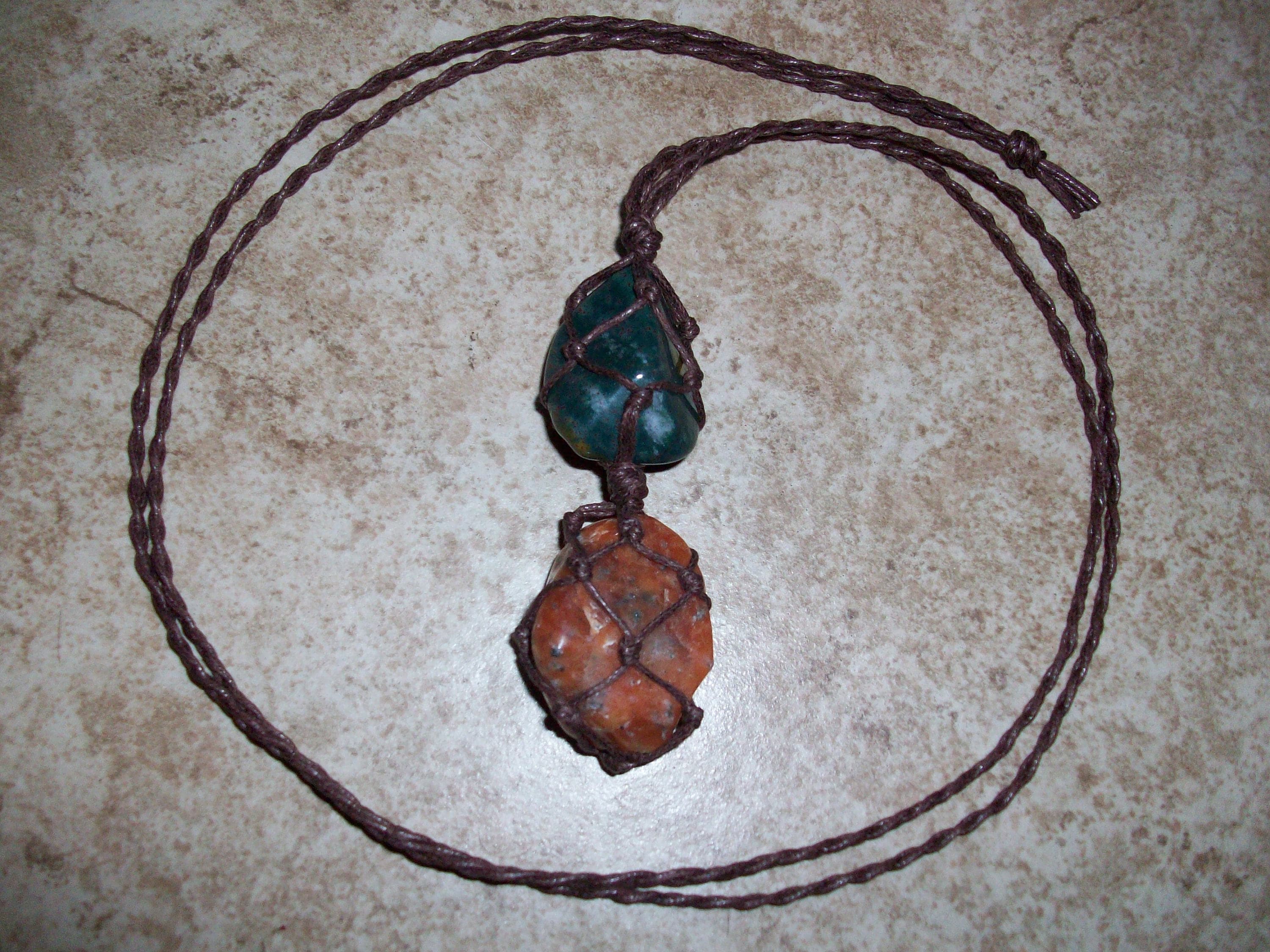 This is our beautiful Green Jasper and Sunstone Braided Necklace.

~Green Jasper has been revered since antiquity for its powers to soothe the spirit, banish ghosts and evil thoughts, increase fertility, and bring in rain. Green Jasper also balances obsessive tendencies and restores harmony to the emotional body, allowing one to gain control over thoughts. It is the ultimate sleep stone.

~Sunstone is known for its powerful connection to the light and power of the sun. Sunstone brings light to all situations, and carrying a piece around with you can help your personal power to shine. Known as a stone of good luck, Sunstone has a bright, joyful energy that increases vitality and lightens dark moods. Sunstone helps empower those who feel persecuted or abandoned by others instilling confidence, optimism, encouraging motivation, and positive action. Sunstone is also useful in removing energy-draining ties to you or "hooks" into your energy by other people.

Absolutely love my Bloodstone and Sunstone necklace. Fast Service and Delivery and Julie is the best will definitely be buying from here again!!!