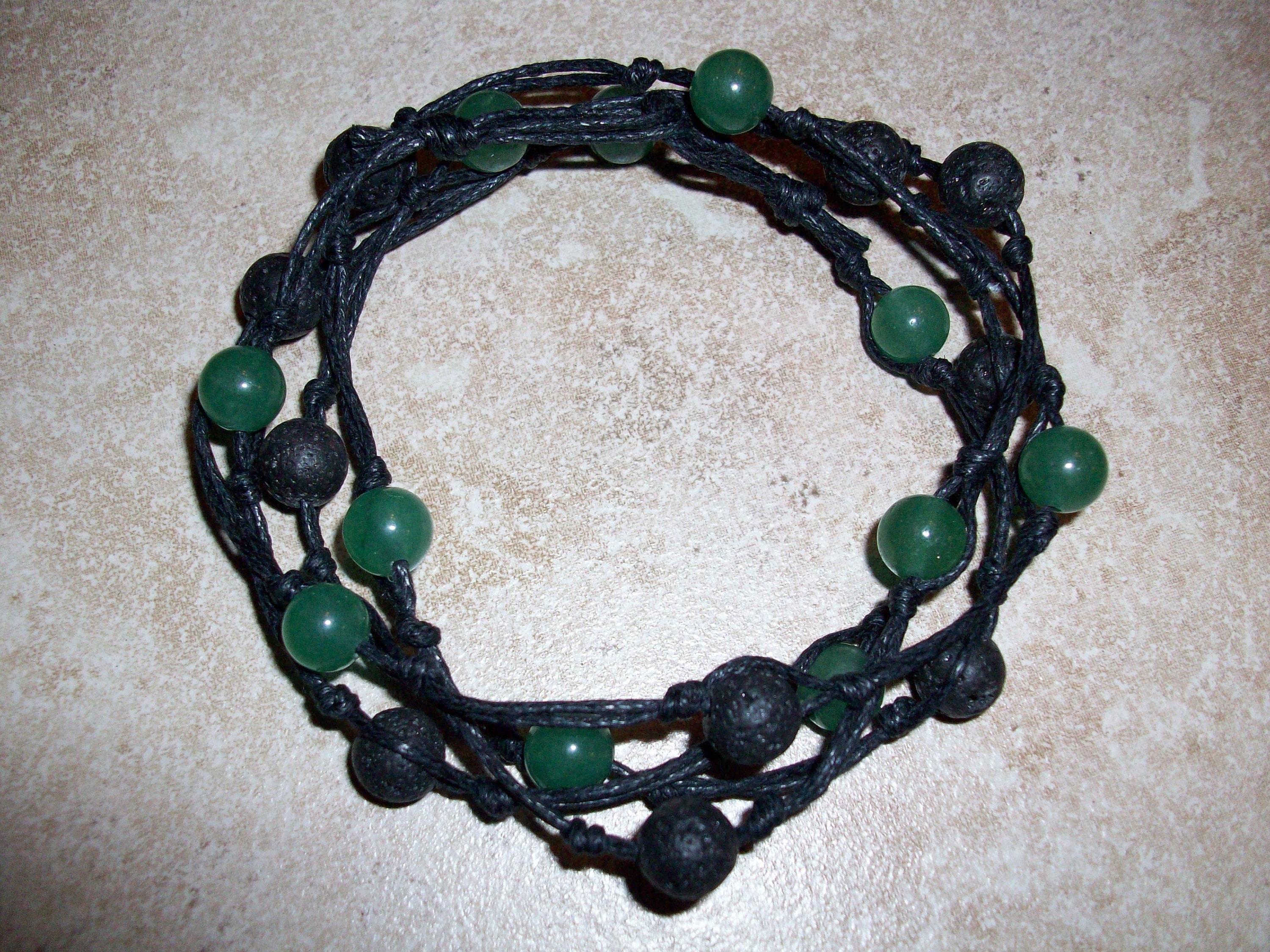 This Mala Bracelet is made with Green Aventurine and Black Lava Stone Beads.

~Green Aventurine is known as the “Stone of Opportunity,” thought to be the luckiest of all crystals, especially in manifesting prosperity and wealth, or for increasing favor in competitions or games of chance. Its winning energy makes it a great ally for boosting one’s chances in any situation - a first date, tax audit, even landing a promotion. One needs only to be near it to derive its benefits.

Black Lava Stone can be used for protection, strength and fertility. Lava Stone provides stability in times of change. It often helps to dissipate anger and provide guidance and understanding. A very grounding stone, Black Lava strengthens our connection to Mother Earth. Lava energy is good for our Root or Base Chakra and contains the fire of the Kundalini.

Since lava is known for its grounding qualities, it’s wonderful for calming the emotions. In fact, the quality of fire springs from the ground, so in terms of healing gems, this lends itself to a calming- but intense- energy. Because it comes from raw energy, it’s considered to be a stone of rebirth and shedding unneeded layers of emotional attachment. Lava stones are fantastic for stabilizing and grounding the root chakra. This is because of the strong connection to the earth and its creation within the center of Earth.