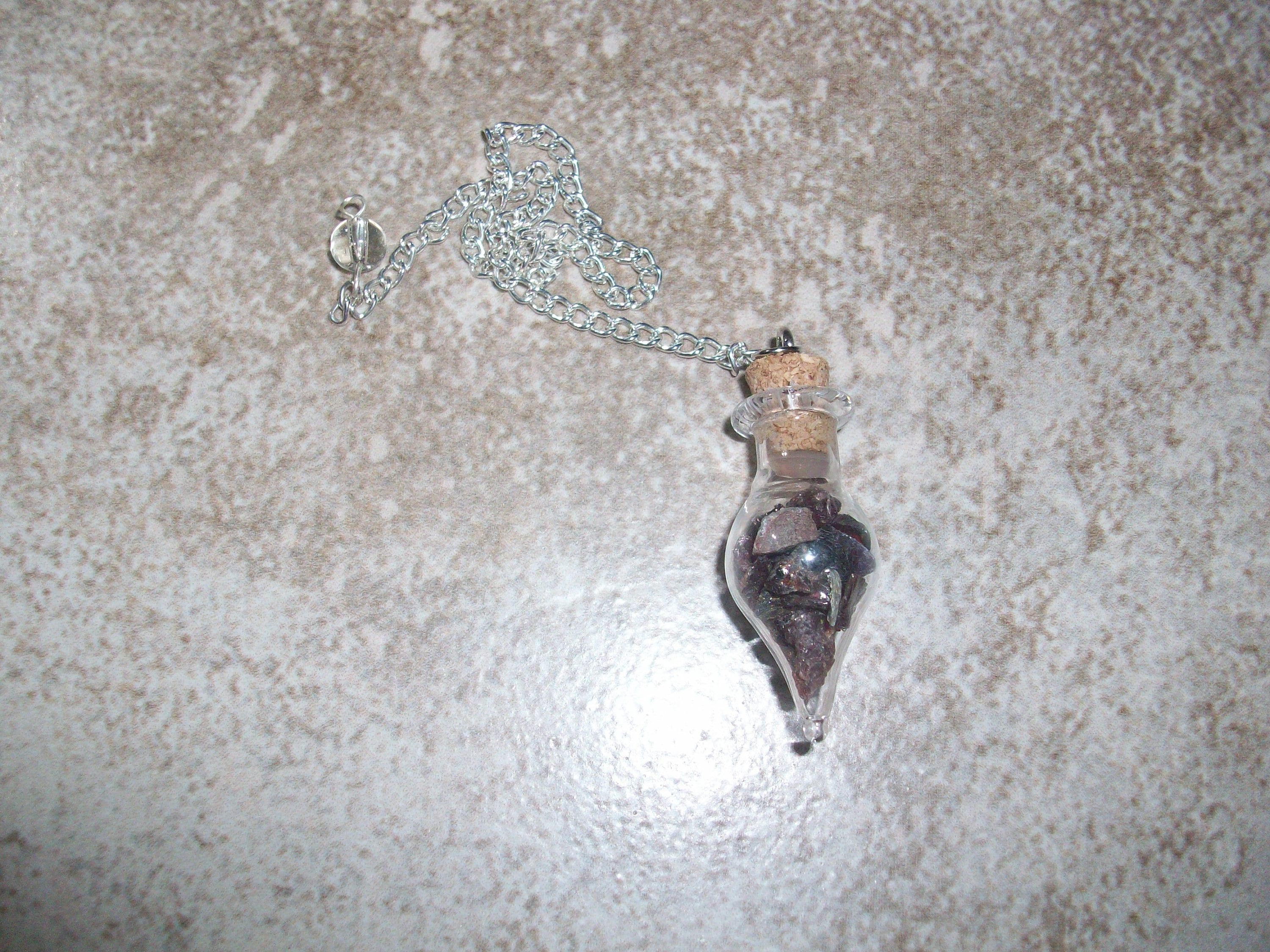 This pendulum is 8 - 9 inches long from end to end.
This price is for one pendulum.

~Garnet inspires a sense of lightness and brightness, illuminating to dark places and dark souls. Garnet is a good stone for depression, bringing joy and hope to its user, and helps lessen anger, especially towards oneself. Garnet's fire stimulates the survival instinct, bringing willpower and courage to a situation. Garnet will quickly "light a fire" under you, bringing those internalized ideas and feeling you have to the surface to be acted upon and carried out.

Garnet can cleanse the chakras of negative energies and re-energize them. Use Garnet to balance the Sacral Chakra and sex drive, and to aid in the controlled rise of Kundalini energy. Garnet inspires love and passion, devotion and loyalty. A stone of commitment, Garnet encourages personal relationships of all kinds, and is a useful relationship tool both personally and in business.

~Pendulums are often used as tools for spiritual healing and inner growth. Defined as objects attached at the end of a string or metal chain, when suspended from a stationary position, a pendulum will swing back and forth or in a circular motion.

Understand the Directional Swings: Pendulums swing in vertical straight lines, horizontal straight lines, and in circular movements. This can be done side-by-side, front and back, clockwise, counterclockwise, in an elliptical motion, or even in a bobbing movement up and down, which often indicates a strong affirmative action.